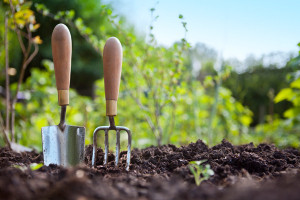 Torrington- Esther A. Brennan, 92, passed away Saturday, March 16, 2019 at Atria Assisted Living, Torrington. She was he beloved wife of William D. Brennan for 68 years.

Esther was born in Torrington on January 16, 1927, daughter of the late Samuel and Elisa (Cornedi) Arsego, and had been a lifelong Torrington-Litchfield area resident. She was a communicant of St. Anthony of Padua Church, Litchfield. Esther was a member of the Daughters of Isabella and the American Legion Ladies Auxiliary. She enjoyed gardening, quilting, needlepoint, and was a very talented seamstress. As a full-time homemaker, her greatest love was caring for her family. She will forever be remembered as a devoted wife, mother, and "Nana".

Survivors, in addition to her husband, William, include a son, James Brennan and his wife Stephanie of Morris; two daughters, Kathleen Hart and her husband Harry of Swanzy, NH, and Frances McGrath and her husband Kevin of Wakefield, RI; seven grandchildren, Meaghan Crupe and her husband William, Patrick McGrath, Matthew Hart, Michaela Lundin and her husband Todd, Brendan Hart and Heather, John Mooney, and Nicholas Brennan; six great-grandchildren; Isabella, Caroline, and Charlotte Crupe, Maddison and Jack Lundin, and Josephine Hart; and many nieces and nephews. Esther was predeceased by two brothers, Paul Arsego and Dominick Arsego, and a sister, Mary Fabbri.

At the request of the family, in lieu of flowers, memorial contributions may be made to Foothills VNA, 32 Union St., Winsted, CT 06098 or CurePSP, 1216 Broadway, 2nd Floor, NY, NY

To send flowers to the family or plant a tree in memory of Esther A. (Arsego) Brennan, please visit our floral store.