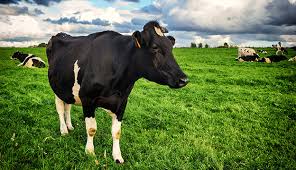 Torrington- Eugene “Bud” W. Twining, 91, passed away Wednesday, November 6, 2019 at his home. He was the beloved husband of 62 years of the late Mildred R. (Neddermann) Twining.

Mr. Twining was born in Torrington on March 17, 1928, son of the late Eugene and Helen (Ferrency) Twining, and had been a lifelong city resident, residing at his home on Torringford street for the past 86 years. He was a WWII U.S. Army Veteran and an active member of the United Congregational Church, Torrington. Mr. Twining was a dairy farmer and owner of Twining Dairy Farm in Torrington. He was one of the few who pioneered the bulk handling and transporting of milk from farm to milk plant on the East Coast. This method of transporting milk eliminated using milk cans and was considered more sanitary. He will be remembered as a talented singer and guitar player.

Services will be held Thursday, November 14, 2019 at 11:30a.m. at United Congregational Church, 1622 Torringford St., Torrington, with the Reverend Steve Darr officiating. Burial in Torringford Cemetery will be private. Gleeson-Ryan Funeral Home, 258 Prospect St., Torrington, is in care of arrangements.

At the request of the family, in lieu of flowers, memorial contributions may be made to the United Congregational Church Book of Remembrance, 1622 Torringford St., Torrington, CT 06790.