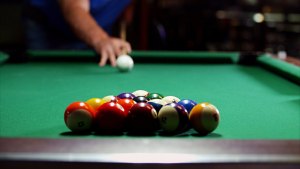 Born in Winsted, August 12, 1952, he was the son of the late Maurice J. and Janet A. (Rouillard) Beauregard. Alan attended local schools, graduating from The Gilbert School, class of 1970. He earned his BA degree in Business Administration from The University of Connecticut in 1974, and then attended The Computer Programming Institute. He served as a main frame programmer, and was subsequently promoted to systems analyst for the Torrington Company, retiring in 2003. Alan enjoyed leisurely drives on the backroads of New England, tending his garden, and playing pool as an APA ranked amateur player in Connecticut. He dearly loved his nieces and nephews and looked forward to gatherings at the family cottage in New Hampshire.

Special thanks to the Foothills VNA for their compassion and support at this difficult time.

Per Alan’s request, a Celebration of His Life will be held at a date to be determined by the family.

Memorial Donations may be made in his memory to the Ron Foley Foundation, 1000 Farmington Ave, Suite 108A, West Hartford, CT 06107, or to the Lake Skatutakee Association, George Lowry-Treasurer, 5426 Calhoun Avenue, Alexandria, VA. 22311.

To send flowers to the family or plant a tree in memory of Alan M. Beauregard, please visit our floral store.