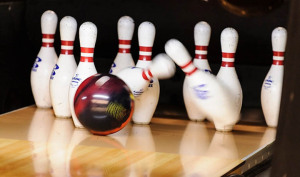 Torrington – Arthur J. Brusie, 85, died Wednesday, December 9, 2020 at Arden Courts of Avon, after a lengthy battle with Alzheimer’s Disease. He was the beloved husband of the late Josephine A. (Sebest) Brusie.

Art was born in Torrington June 15, 1935, son of the late Arthur C. and Kathleen A. (O’Heron) Brusie, and was a lifelong area resident. He was a graduate of Torrington High School, Class of 1953, where he met and later married his high school sweetheart, Josephine. He also graduated from UConn College of Agriculture. Art was a lifelong communicant of Sacred Heart Church, Torrington. He was a former, active member of the Local Elks #372, a former member and team sponsor of the Monday Night Bowling League at the former Skytop Lanes. Art was a fan of UConn men’s and women’s basketball programs and was also a former member at Greenwoods Country Club. Prior to his retirement, he was the owner of a highly successful siding and gutter home improvement business for more than 30 years.

Art had a great love for his family and enjoyed spending the many days at his Highland Lake property with his children, grandchildren, and their friends.

The family would like to express their sincere thanks to the staff at Arden Court of Avon, Seasons Hospice, and Art’s caregiver, Linda, for the loving care he received.

At the request of the family, in lieu of flowers, memorial contributions may be made to the Alzheimer's Association, 200 Executive Blvd S #4b, Southington, CT 06489 or online at http://act.alz.org/donate

To send flowers to the family or plant a tree in memory of Arthur J. Brusie, please visit our floral store.