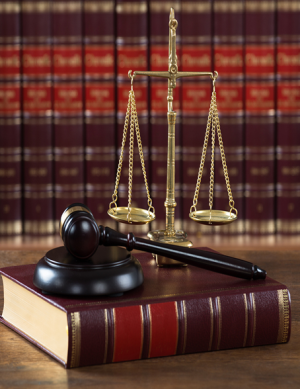 Torrington- David J. Frauenhofer, Sr., 79, passed away Monday, May 11, 2020, at Keystone Place, Torrington. He was the beloved husband of over 55 years to Rosemary (Wall) Frauenhofer.

David was born at home on South Main St., in Torrington, on February 27, 1941, the youngest of four children born to the late Ambrose and Christine (DeFaite) Frauenhofer. He attended St Francis School and later Torrington High, where he was an honor student, captain of multiple sports teams, and was inducted into the Torrington High School Athletic Hall of Fame in 1999. David attended Central Connecticut State College where he played basketball and tennis and excelled at academics. He later taught English and Social Studies at Wethersfield High School, and then attended UConn Law School, where he graduated as the valedictorian of his 1967 law school class. David became a partner with the Wall, Wall, and Frauenhofer Law Firm in Torrington, where he worked until his retirement a few years ago. He was active in giving back to his community, having served on the Dick’s Scholarship committee, the board of Charlotte Hungerford Hospital, and in many other roles benefitting Torrington area communities. He was known for his humility, kindness to others, and for his willingness to offer pro bono legal help to people in need during difficult times.

Survivors, in addition to his wife, Rosemary, include his three children of whom he was very proud, Julie C. Frauenhofer of Atlanta, GA, Susan Frauenhofer of Stamford, and David J. Frauenhofer, Jr., of Avon; three grandchildren, Alexander T. Johnson, Luci Lara-Frauenhofer, and Griffin T. Frauenhofer; a brother-in-law, Attorney Thomas F. Wall, Jr., and his wife Katheryn of New Hartford; a sister-in-law, Susan Giroux and her husband Albert of Sarasota, FL; his close friend, Paul Grossman of Fort Myers Beach, FL; and many nieces, nephews, and friends. David was predeceased by two brothers, Paul and Victor Frauenhofer, and a sister, Irene Frauenhofer-Leone.

The family would like to thank the caregivers at Keystone Place for their extraordinary kindness to David.

Services and burial in West Cemetery, Harwinton, will be held privately. A Mass of Christian Burial will be celebrated at a date and time to be announced. Gleeson-Ryan Funeral Home, Torrington, is in care of arrangements.

At the request of the family, in lieu of flowers, memorial contributions in Dave’s memory may be made to Charlotte Hungerford Hospital, 540 Litchfield St., Torrington, CT 06790 (Charlottehungerford.org/donate)

To send flowers to the family or plant a tree in memory of David J. Frauenhofer, Sr., please visit our floral store.

Services are to be announced
Share a memory
© 2020 Gleeson-Ryan Funeral Home. All Rights Reserved. Funeral Home website by CFS & TA