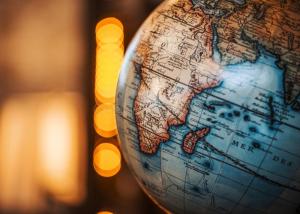 Mr. Lawrence was born in Coalville, Leicester, England, on February 26, 1931, son of the late John and Iris (Measures) Lawrence.

His father was the owner of the QueensHead pub in Coalville from 1950 to 1957.  This is where you could catch Dennis having a cold one after a rugby tournament or working behind the bar.  At the pub is where he met his bride to be Jean.  Dennis joined the army and was part of the Royal Electrical Mechanical Engineer (REME).  He spent 2 years as a teacher giving lectures to soldiers on mathematics and electrical engineering.  Once he was discharged, on March 26, 1955, he married his loving wife, Jean in their hometown.  They started their life together in London, England and resided there for 2 years.  An opportunity arose in Canada and they resided in Montreal, for 2 years before moving to Cleveland Ohio in 1959.  Also, in 1959 they had a daughter Anita then in 1962 a son Keith.  Dennis became a US Citizenship with Jean in 1964.  In 1968 another opportunity arose in Connecticut so they moved to Litchfield, CT to raise their children.  He worked for Tech System as the Director of Engineers that designed generator for the Navy.  He quickly became the leading expert in designing military generators and traveled the world to other counties such as Philippines, Hong Kong, Spain, Scotland, Egypt, Israel just to name a few.  He was very proud that traveled the world twice on the company dime.  The Navy kept Dennis busy with contracts so Dennis decided to start Lawrence Power Systems in 1983 which he was President of until he retired at age 62.  In retirement he spent his time traveling with Jean all over United States.

Survivors, in addition to his wife, Jean, include a son, Keith J. Lawrence of Hillsdale, NJ; a daughter, Anita L. Downey and her husband Harold of Torrington; two grandchildren, Alex P. Lawrence and Jared P. Lawrence; a brother, Desmond Lawrence and his wife Nancy; a sister, June Shepherd and her husband Keith, all of Coalville, Leicester, England; and several nieces and nephews.

To send flowers to the family or plant a tree in memory of Dennis Ivan Lawrence, please visit our floral store.