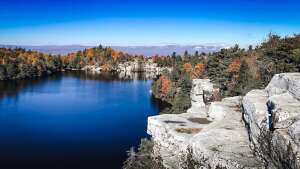 Litchfield- Helen Rosa Heilshorn (nee Langbein) passed away peacefully at the home that she shared with John (Jack) William Heilshorn (1926-2001) in Litchfield, CT. on February 27, 2022. She was surrounded by family members in person and in prayer.

Helen was born on October 28, 1929 in Floral Park, NY to Minnie and Emil Langbein who predeceased her. She grew up in a loving home and attended the Christ Evangelical Lutheran Church, Floral Park, NY where she met Jack in the youth group. After graduating from Sewanhaka High School, she attended the Berkeley secretarial school and then worked as a secretary for the President of Bates Fabrics in New York until she married Jack in 1953. They spent the first 30 years of married life in Garden City, NY, where they raised their four children. In 1985 they relocated to Litchfield, Ct. where they could be closer to Jack’s new position with Traveler’s Insurance following his retirement from Citibank. Helen’s children and grandchildren were precious to her. She and Jack enjoyed having the entire family at their home for weekend celebrations, and loved it best when everyone sat in the dining room telling stories and discussing the important topics of the day. She was an avid gardener and bird watcher and passed those traits on to her children and grandchildren. She served as a deacon at the Litchfield Congregational Church and enjoyed an active social life with the members of the Litchfield community. She spent a great deal of time with her children and grandchildren, traveling with them all over the United States. Her favorite spots were Lake Minnewaska, NY where she spent time with her parents and children and their home at Jug End in S. Egremont, Mass. When Jack was with Citibank, they enjoyed international travel as well.

In Helen’s memory, donations may be made to the National Audubon Society, Americares, VNA Northwest, Litchfield Community Center, or the Litchfield Congregational Church

To send flowers to the family or plant a tree in memory of Helen Rosa (Langbein) Heilshorn, please visit our floral store.

A Memorial Tree was planted for Helen

Join in honoring their life - plant a memorial tree