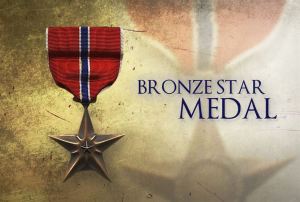 Mr. Gauger was born in Winsted on January 31, 1922, son of the late Wilhelm and Wilhemenia (Kaupp) Gauger, and had been a Torrington resident for over 65 years. He was a U.S. Army WWII Veteran serving in the Rhineland whose awards and decorations include the Victory Medal, Good Conduct Medal, European African Middle Eastern Theater Campaign Ribbon, and the American Theater Campaign Ribbon. Sergeant Gauger was awarded a Bronze Star for using his own body to shield a wounded man during an ambush near Lusse, France on November 24, 1944. He was a retired model maker, working in the manufacturing industry for many years before his retirement at age 70.

Due to the COVID-19 pandemic, services and burial in Hillside Cemetery, Torrington, will be held on a date and time to be announced. Gleeson-Ryan Funeral Home, Torrington, is in care of arrangements.

Memorial contributions may be made to the Torrington Veterans Service Office, 140 Main St., Torrington, CT 06790.

To send flowers to the family or plant a tree in memory of Ludwig K. Gauger, please visit our floral store.