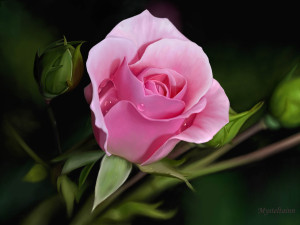 Torrington- Stephanie A. Cummings-Piddock, 52, passed away Monday, June 1, 2020 at Charlotte Hungerford Hospital, Torrington. She was the beloved wife of John F. Piddock. John and Stephanie met on America Online in 2001 and have been inseparable since. They married in 2008.

Stephanie was born in New Haven on September 16, 1967, daughter of Dennis McCarthy, Sr., of Waxhaw, NC, and the late Josephine (DeRosa) McCarthy. She grew up in Ansonia and was graduated from Ansonia High School in 1985. She lived briefly in Vermont, Pennsylvania, and Seymour, CT before moving to Torrington in 2007.

Stephanie studied elementary education at South Central Community College in New Haven and International Business offered by Vermont College of Norwich University. She really enjoyed her job at Sikorsky Aircraft where she was employed for six years. A growing desire to dedicate her life to the pursuit of justice became her passion. She enthusiastically spoke out for justice, making full use of the internet and social media. Stephanie was kind and charitable and had unlimited compassion and empathy for those in need. When not debating politics with her friends and colleagues, Stephanie enjoyed cooking, music, traveling, and spending as much time as she could with her children.

A Celebration of Stephanie’s life will be held on a date to be announced. Gleeson-Ryan Funeral Home, Torrington, is in care of arrangements.

At the request of the family, in lieu of flowers, memorial contributions may be made to the American Lung Association - https://action.lung.org/site/Donation2?df_id=31272&mfc_pref=T&31272.donation=form1

To send flowers to the family or plant a tree in memory of Stephanie A. (McCarthy) Cummings-Piddock, please visit our floral store.